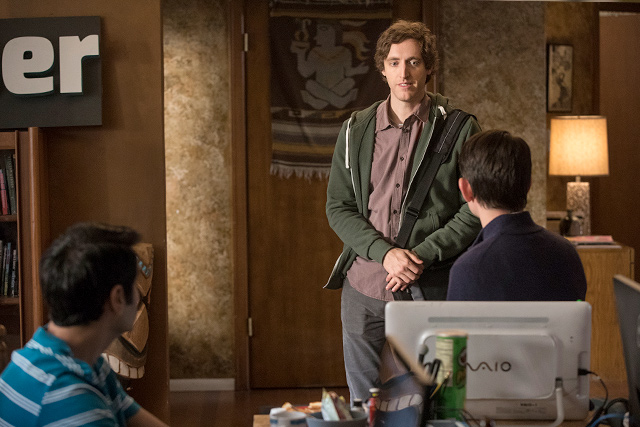 Our hero Richard has returned! We were all shaken by his weeklong leave, even though the rest of the gents put on their bravest faces. They pretended they didn’t even notice the monumental absence at our work table, those stoics. I found ways to keep busy — arranging my button-down shirts by intensity of hue, and practicing my calligraphy, of course — but these were flimsy distractions.

When Richard finally came home, I was happy to see a renewed sense of mission and a little color back in those cheeks. But I was surprised to learn he had taken on a new partner, whose name I won’t disclose but whose character is questionable at best. I knew that Richard would need protection, and I certainly couldn’t leave it to the Brett Saxbys of the world, who drink with abandon in the middle of the workday and skate by on charm. No, I had to rejoin Pied Piper.

Being a part of Richard’s project is a dream come true, and that’s not a phrase I take lightly! (The last time I used it was when my third grade class visited the fire station, and the firefighters let me organize their gear.) One of my first orders of business? Cutting through the profanity-laden facade of Gilfoyle’s bravado and getting him back on our team. Of course he would never say it out loud — that’s Gilf for you — but behind his unblinking eyes I knew he was just as happy as I was to be back in the Pied Piper fold.

Oh, Gilfoyle is telling me he needs to encrypt my computer “to limit the consequences of Dinesh’s inevitable sexual failure,” so I better sign off. Until next time, readers!