Thinking Inside the Box 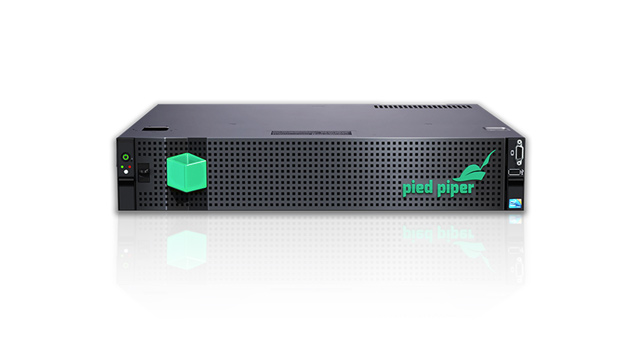 Now, normally I let Jared deal with all the web-logging and whatnot, but I thought that I might jump in on this occasion to introduce: the Box, by Pied Piper. For too long, Pied Piper was a company in search of a product. (And a logo that wasn’t quite so darn penile, to be quite frank.) But as it turns out, Pied Piper was really in search of a CEO: someone who could motivate the very talented team here to find an actual product that actual human companies would actually want and need and use—not some broad, vague, airy-fairy platform that does everything except make you toast in the morning! That CEO is myself, and that product is the Box.

So what is this Box you keep mentioning, Jack? Well, I’ll tell you. It is a very, very exciting new data backup device that uses Pied Piper’s next-level compression algorithm to store duplicate copies of vast quantities of data. It is fun; it is sexy; it is the future of information safeguarding hardware. I am tingling just writing about it. So even in the event of a catastrophic system failure—caused by hacking, some natural disaster, or what have you—not one kilobyte would be corrupted or lost. So the Box is also peace of mind, whether you’re a large healthcare corporation, a large for-profit prison corporation, or even a large government agency.

We’ll shortly begin entertaining bids to license our Boxes to interested parties, and large-scale manufacturing will begin concurrently. So come on in, the Box is fine!