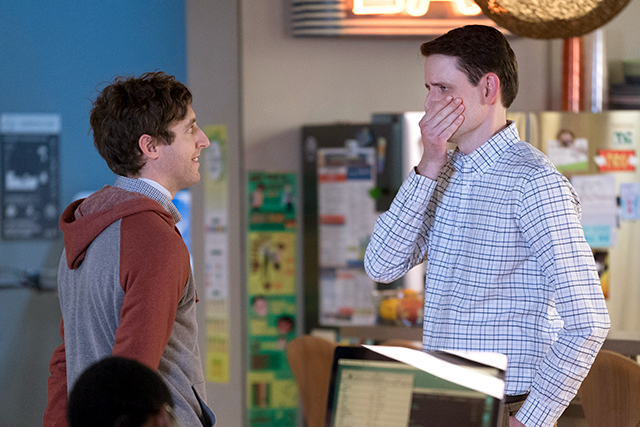 Apologies if this post is a bit more scattered than usual, but my fingers are verily flying across the keyboard with joy! I’ve had a cascade of dreams come true recently. I never thought anything could surpass my Make-A-Wish meeting with Amy Tan when I was misdiagnosed with that wasting disease. But this moment? This is the happiest I’ve ever been.

Dream Come True #1: Richard Hendricks was my houseguest! When Jian-Yang first evicted my friends and colleagues from the hostel, I was furious. After all, this was the place we’d all roughhoused, traded jabs, looked up those jabs on Urban Dictionary to make sure we understood them fully. But the sterling silver lining of this betrayal was that Richard needed a place to stay, and I was honored to supply.

I’ll admit, there were a few bumps during our shack-up. We didn’t have time for the wine and paint night I’d planned, for one. My attempt to play corporate matchmaker for Richard went about as well as my attempt to get him to use a hair pomade. And I was called back to the house when Gilfoyle, surrounded by refrigerator parts, had a brief waltz with a paranoid break.

But it all worked out in the end: Without going into the NDA-protected details, I negotiated a deal for Pied Piper that saved us from quite a thorny lawsuit. Which brings me to Dream Come True #2: Richard Hendricks has named me, Jared Dunn from an unknown location in the contiguous United States, COO of Pied Piper!

Readers, you know it’s not like me to brag like this. As my fourth grade teacher once told me, “Confidence isn’t a color that suits you, Donald.” Well, personal color palettes be damned because I am reeling over here!

Okay, okay. Time to put away the Martinelli’s and head to bed — as if I could possibly fall asleep!