Jared, Thy Name Is Vanity 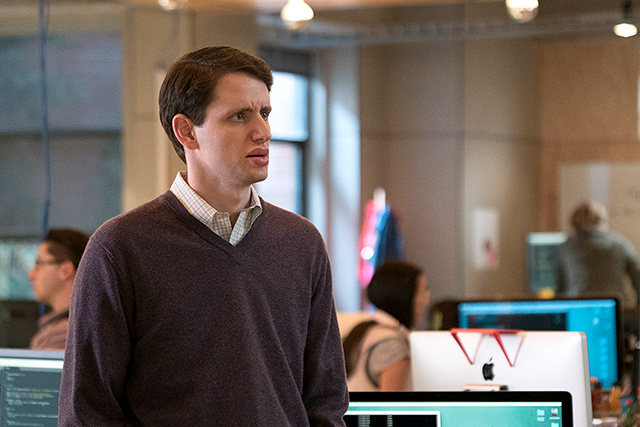 I’ve gone by many names throughout my life: Donald, Jared, Child #61728. But this week I earned myself a new one: the Dorian Gray of Silicon Valley. For I let my vanity make a monster of me.

It all started when I joined Richard for an interview on Bloomberg. I’d only come for moral support, but then Emily Chang started asking me questions, and the interview went live, and all of a sudden I was being asked to do Adrian Grenier’s edutainment web series. I hadn’t even planned to watch the Bloomberg interview, but Dinesh convinced me to review the footage to improve before my next appearance. He said it was for the good of the company! Little did I realize that to watch a YouTube clip of oneself on repeat is the digital equivalent of Narcissus’s unwavering gaze into the water.

Such began my stumble into the depths of shallowness. I’d never considered myself a superficial person before. I put care into my appearance, of course, but only as a gesture toward professionalism. (To show up in anything short of combed hair, pressed khakis, and a lint-free fleece vest is disrespectful.) And sure, I’ve humbly accepted a few comparisons to movie star Anthony Perkins, but I always thought that was more about our shared love of birds than anything else. But now, before I knew it, I was fretting over my nose, demanding lip injections to distract from it. I thought they would have a subtle, bee-stung look, but there was more truth in that syringe than saline. My lips had grown as inflated as my new ego.

Even though the doctor told me the puffiness will subside after twenty-four hours, I think the effects on the computer education students at Paul Revere Middle School may last longer than that. How must they feel, knowing I chose Grenier over them? That I chased a shiny piece of Turkish delight instead of the home cooked meal of their company? Those kids depend on me to teach them about life in tech, to share stories of my past bullying, no matter how tangentially related to the day’s lesson. At least they got to meet Richard. The photos I’d shown them in class could only do him so much justice.

Well, readers, it’s time to repair the damage our network suffered this week, ice my lips again, and look inward. Until next time!