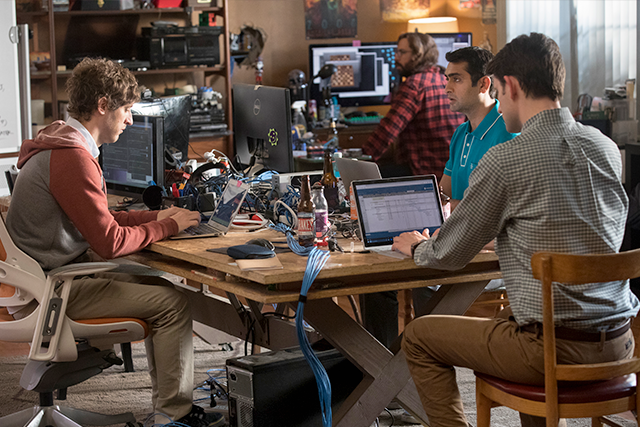 As Pied Piper’s Head of Business Development, I wear many hats. (Figuratively, I mean — wearing a hat indoors is a little fresh for my taste.) Most recently, however, my head has been occupied by one chapeau in particular: interpersonal relations.

The first challenge arose when Dinesh and Gilfoyle tested the alpha of our new app, and a merge error left each one’s data on the other’s phone. I thought we’d all just have a good laugh about it — Dinesh would tease Gilfoyle for buying tickets to a Satanist film festival; Gilfoyle would mock Dinesh for his Notes file “Non-Threatening Pickup Lines”; I’d lightly rib them both, very much included in the fun — but things quickly escalated into a standoff. The entire ordeal tested just about every non-violent conflict resolution tactic I learned at last year’s conference in Sacramento, but in the end brute force prevailed and the phones were destroyed. At least this gives me a scenario to role play at the next conference!

On top of that, Richard came to me with an urgent romantic crisis. Details of his sexual escapade are best kept between him and myself, the closest of confidants, but suffice it to say he needed to cut ties and maintain his “ramblin’ man” status. We brainstormed a graceful exit strategy, although I’m sure it will still take time for the young lady to move on. After all, Richard has such a remarkable mind, but it is just one among many remarkable organs, like his heart.

After these trying journeys across the waves of human emotion, I think it’s time for another Redfin holiday. There’s a beautiful Colonial that I’m sure will sell fast, and I want to spend some time imagining its rat-free charms before the listing is taken down!