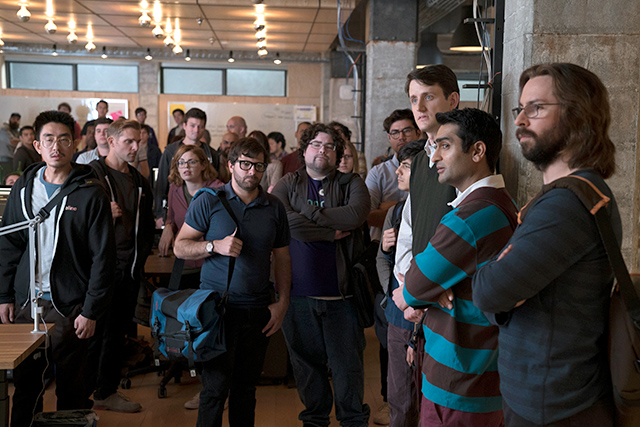 Welcome back, dear readers! My, how things have changed for us here at Pied Piper since my last post: series A funding from Bream-Hall, expansive offices, fifty new employees. I even got to see Richard off to the Innovation Hall of Fame Ceremony. Like any head of business development, I’d envisioned this moment before, sending my CEO off to a black-tie event. (Richard didn’t want me to take a photo, but he’ll be glad to have it later.)

Richard’s bespoke tuxedo aside, I’ll admit that Pied Piper’s makeover had a bumpy start. We began with the hunt for new offices, and while I don’t believe in excess, the first option had a fluorescent, grim minimalism that prompted my worst panic attack since I was left behind on a Hooli off-site in Yosemite. But in the end, we found a gorgeous space. While it doesn’t yet have the lived-in warmth of our table back at the hostel, soon we’ll have enough twigs and cotton to make this nest our own.

Our next step was hiring. We had been thoroughly vetting engineers, hoping to hand select each new Piper, when Gavin Belson stole away all sixty-three of our candidates in one fell swoop. I always knew he was a snake charmer, luring coders away with his pungi of cash and lies. He’ll toast you with champagne and then stab you in the liver. He might be the devil.

No matter, because Gavin couldn’t poach the winds from our sails. Through a clever acqui-hire of Sliceline (which had just acquired Optimoji), our family of employees is now fifty strong. It’s the kind of mass adoption every orphan dreams of.

I couldn’t be more thrilled for Pied Piper’s next chapter and its new challenges. First up, comparing quotes on a modesty panel for Richard’s desk!