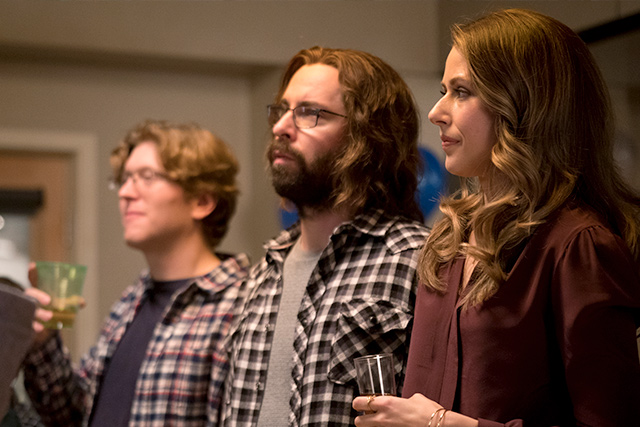 Hello, readers! I apologize for not posting for a couple of months — we had quite a grim stretch here at Fort Piper. Our user growth had stalled and morale was low. But just as we were about to give up hope, Dinesh discovered an uptick in new users! Things seemed to be trending up, but then as most inexplicably good things turn out to be, it was an attack. Laurie Bream and a Chinese businessman named Yao were scaling our walls, manufacturing our devices in order to take over fifty-one percent of the Pipernet. Our independence was in peril, and this battle was our American Revolution. I’m no David McCullough, but I’ll do my best to narrate.

Gilfoyle did his best to pour the hot oil of a network patch on the tyrants, while Holden rallied the troops with the snare drum of his unbridled Piper spirit. Still, it became clear to our commanding officer General Hendricks that we needed back up – so Richard struck a deal with a cutthroat, Gavin Belson.

After seemingly eliminating the Laurie and Yao threat in the name of innovation and revenge, Gavin sank his blood-soaked fangs into Richard’s soft pale throat. But what Gavin didn’t know was that Dinesh and I were working on reinforcing the ramparts of Fort Piper with Colin and his arsenal of instant downloads. Colin’s users came charging across the battlefield and, just in time, beat back Gavin! Huzzah! Fort Piper stands!

Now that the battle is over and the ugliness of the 51% attack is behind us, we look to the future. The Piper Gang has proven its resilience, and earned a place at the Valley’s table. The first stop may have to be new offices at the top of the hill.

As for me, this adrenaline isn’t going to go away on its own. I have some verbena candles to light!