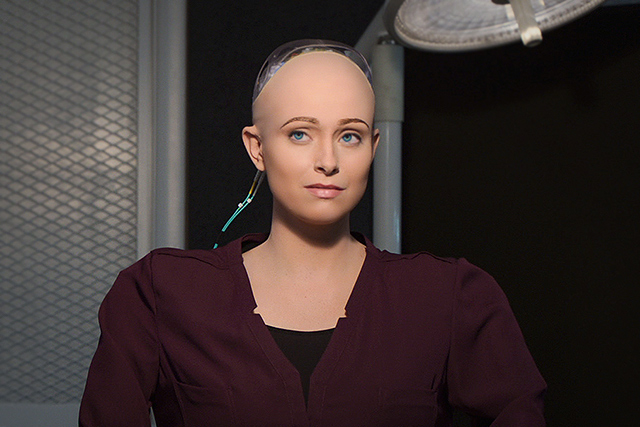 Hello, readers. This post is dedicated to someone very special to me. Someone who enchanted my evening, stole my heart, and then was dismembered right in front of me. It began like any other night: after another long day of Gilfoyle Photoshopping my head onto Betty Spaghetty dolls, my eyelids were heavy, and I had begun my nighttime routine of soothing tea and even more soothing Bonnie Raitt. But my mind kept drifting to Fiona sitting in the garage. Having been that uninsulated cavern’s previous occupant, I knew how alone one could feel there.

I went to the garage to check in on Fiona, where our conversation began casually enough. I asked her if she was warm and if the rodents were nibbling at her wires. She assured me that she doesn’t feel temperature, but thanked me for my concern. Intrigued by the sensitivity of her reply, I pulled up a chair and we continued to chat. As the tides of conversation washed over art, literature, space and time, I found it all too easy to forget that she was merely a piece of hardware.

I blinked and suddenly it was morning. Richard arrived to escort Fiona back to Laurie. We shared one final car ride together, playing the license plate game, laughing at South Dakota’s license plate slogan, “Great Faces, Great Places.” It’s ironic that minutes later, Fiona’s own face would be ripped off and thrown into a wastebasket.

In the end, Richard may have been right: suppressing my emotions was unhealthy, and led me to put all my eggs in one doomed robot basket. Hendricks is a powerful substance, and like all stimulants, must be weaned off slowly! Goodbye for now, Pipers.