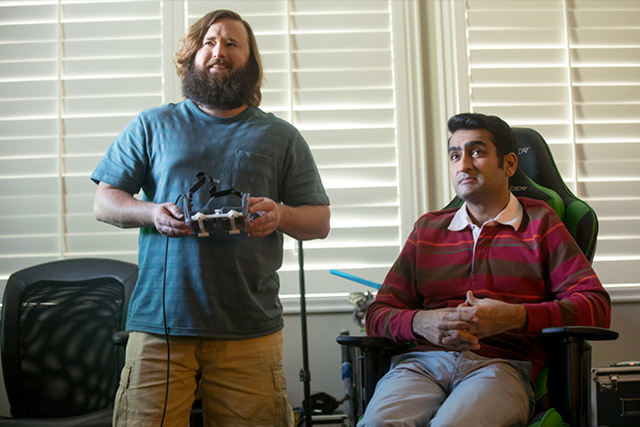 Greetings, friends, and to my fellow Californians, I hope you’re bundled up! A cold snap has hit the Golden State, and we here at the hostel have each been combating the chill in our own ways. I took my trusty pea coat from my Vassar days out of mothballs, Dinesh has been coding in mittens, and Jian-Yang has been absconding with neighbors’ newspapers to burn in the fireplace.

While at first the weather just seemed like a chance to brew my stovetop cider for the gents, it brought a butterfly effect of consequences that led to a massive Azure hosting bill. The others were quick to blame this all on “Richard’s curse,” but I worked long enough in a New Orleans Wicca shop to know that was nonsense. No, all we needed was another customer.

VR wunderkind Keenan Feldspar seemed like the answer. We were the preacher’s daughter, and Keenan was coaxing us onto the back of his motorcycle, promising to take us wherever we wanted to go. We even flirted with the idea of acquisition, but, as you may have guessed from the latest Hooli-Con ad, Keenan just gave his spare helmet to Jack Barker. The two are probably riding be-goggled and barefoot across the Hooli campus now.

Although Richard is surely disappointed, I think my beige sweater helped him to stomach the news. (His stomach has already had a difficult few days.) I only wish the unflattering knit could have comforted Erlich in time, who reacted to Keenan’s betrayal by burning his beloved palapa to the ground. All that’s left now are its charred shadows and the outdoor kimono Erlich so loved to wear beneath it.

Fear not, though, dear readers! I can see in Richard’s eye — and by the return of his restless leg syndrome — that he’s already thawing from these icy days, looking ahead.